Home Entertainment Are You a Victim of Omegle Trolling? 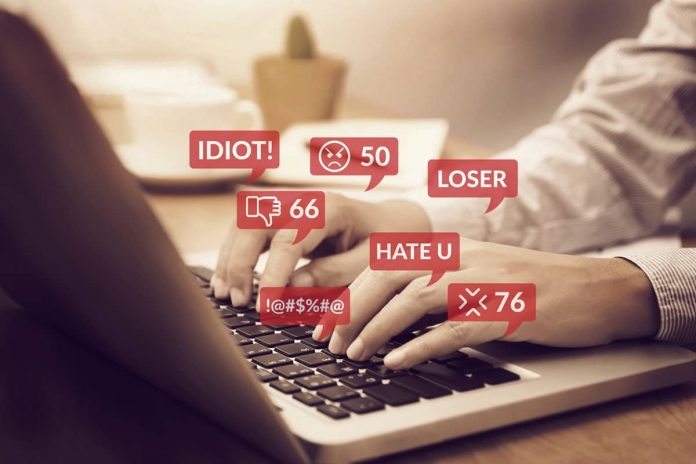 Omegle was created because society is now ruled over by dis-attachment, with most people hiding behind a phone or computer screen. Omegle lets users chat anonymously worldwide. You can choose to talk with people based on common interests or hobbies or chat with random strangers. Or, you could fall prey to what is known as “Omegle Trolling.”

The goal with Omegle is to meet people, and often phone numbers are exchanged for offline communicating. Omegle upgraded to video chatting using webcams with some unwelcome results. Often, disturbing sexual images are present, which may not be appropriate for those under 18. Although the site offers a moderator, you have the option of participating in un-moderated chatting with others. Your child may accidentally access the un-moderated version and be exposed to unwelcome images.

Children ages 13 and over are allowed on the site with their parent’s permission, but unless you are watching everything your child is doing, they may access Omegle and chat with strangers without your consent. Typically, this isn’t a problem, but you may have some emotional or psychological ramifications if your child encounters a troll.

The act of trolling is to aggravate another person. For example, a troll may purposefully argue with you or discuss controversial topics in an attempt to irritate, upset or frustrate you. Trolls are common on message boards to “get a rise” out of a group and may often be working with the site’s administrators to keep others posting and involved.

An Omegle troll is most likely someone using a false identity, including fake webcam photos and videos. These trolls are motivated by irritating others or presenting false information to lure people into their webs. The Omegle troll may have more than one internet persona. These other fake personalities attempt to make it look as if they have many followers- even though they are all one person.

Omegle trolling is deceitful behaviour that can borderline cyberbullying. In many situations, trolling and cyberbullying are interchangeable words for the same behaviour. Trolling on Omegle can lead to racial, gender and sexual prejudices, which your children do not need to be exposed to.

When a person is trolling on Omegle, they are hiding behind their computer screen. Where otherwise they may be limited in what they have to say or do if using a webcam, the impersonal protection of the computer screen seems to remove trolls inhibitions. Trolls feel that they can say whatever they want to anyone and not deal with any consequences.

The more you engage and interact with a troll, the stronger their behaviour becomes. You may repeatedly see the same troll on Omegle as if they have nothing better to do with their time. Other trolls exist to make people laugh and can modify their voices for humorous responses. Postings of laughter and trolling often get put on YouTube for viewing by hundreds or thousands of others.

When you participate in Omegle, you have the option of posting a picture, using your webcam or submitting a gif. The gifs are moving pictures, but not a full video. Omegle trolling gifs, maybe pictures of celebrities. The trolls are motivated by their pretending to be that person.

The troll is represented by the small moving image of your chosen celebrity. So you interact, thinking you are chatting with your favourite celebrity only to find out it is some creepy 18-year-old out to scam you.

Also Read: How To Get Unbanned From Omegle?

An Omegle troll gif can be anything from a celebrity to a dog to your next-door neighbour. Trolls get images from real life and the internet, none of which truly represent the person you are communicating with.

Going a step beyond a gif, A troll may use Omegle trolling videos to attract your attention. These can be videos of a young person, a sexy-dressed person, a muscular man or an athlete performing a significant feat. These videos are taken from many internet sources, and none of them are true representations of the ugly troll on the other side of the computer screen.

Many Omegle trolls are innocent, in a sense. They pretend to be a celebrity, pretend to be anti-Christian or anti-American, or hate chocolate. Most of these will not cause physical or emotional harm to the other anonymous person. You can debate your faith all night long and not budge in your beliefs.

Other trolling pranks may cross the line into bullying, harassment and discrimination. For example, if the troll decides to bash you for your skin colour, height, or sexual preferences, you have a problem. To protect yourself, immediately disconnect and avoid contact with the troll.

Also, be aware of looped videos of sexy men or women disturbed by 50-year-old men behind the computer screen. They want you to talk sexy to them for their enjoyment. This behaviour can escalate into offline contact in which you think you are communicating with the young, sexy person. However, if you experience stalker-like behaviour, you should report the incident to local law enforcement as the results can progress from irritating to dangerous.

Omegle can be a fun way to pass the time, especially if your children are with a group of friends. Using Omegle in a group is safer than using it alone, as your child is not likely to get emotionally attached to an anonymous person when they are with a group.

If your child enjoys using Omegle, remind him of some safety tips such as:

If you are trolled, you may experience mean behaviour, bullying behavior, or annoying behavior. The goal of a troll is to upset you or annoy you anonymously. They often want to put you down with the hopes that they feel better about themselves. Bullies want the superiority and power to feel “on top of the world” and spread their lies and gossip.

Other Omegle trolling pranks include boys dressing up as girls in an attempt to attract a gay response. In addition, some trolls use scare pranks and say that they know where you live or go to school. That statement is scary to a teenager who is using Omegle anonymously.

Trolls may want to “hook up” offline, and this is not recommended. Please speak with your children about the dangers of giving out their phone numbers to strangers. It is easy for them to get caught up in the cyber-world, too and think that it is reality.

Trolling Omegle may be a fun pastime for some, but it can lead to frustrating emotions for others. If you find yourself involved in a trolling scam:

Trolls are fed off your response. If you do not react, quickly click the “next” button, or report the abuse of Omegle to the moderators, trolls should disappear. Remember in the children’s stories how trolls live under bridges, waiting for their next prey to walk by innocently? The word remains the same for a reason. Trolls prey on the innocent in an attempt to damage, bully, irritate and destroy others. They don’t care who you are, and it is usually isn’t a personal attack.

It doesn’t matter who they attack, just that they are allowed to do what motivates them. They are cowards who hide behind computer screens thinking that they can say and do what they want. They destroy trust in other people as you begin to think everyone is lying or has something to hide.

If you are the victim of trolling or cyberbullying, consider speaking with a qualified counsellor or therapist to help you recover. Often it helps to avoid any internet communication and deal directly in the real world until you regain your self-esteem, trust and confidence.