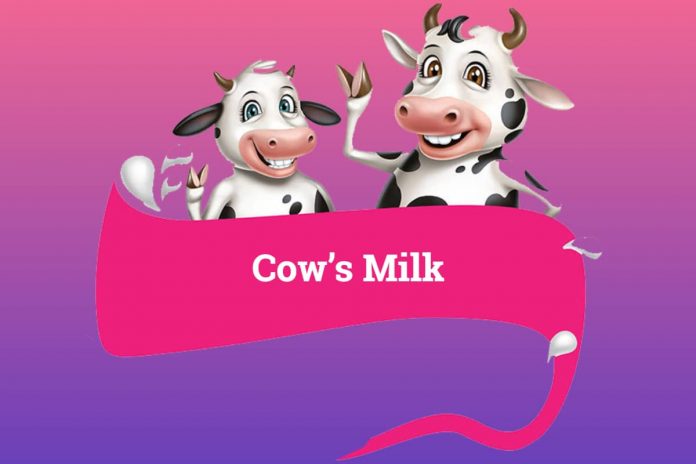 There are dozens of confusing claims about cow’s milk. Advocates argue that cow’s milk is vital to a healthy diet for a wide range of reasons, while the opposition maintains that it is nowhere near as good for you as Who might lead you to believe. As it turns out, the absolute truth about cow’s milk lies somewhere between these two extremes. Here are the absurd rumours that you need to set aside.

Although some might say that raw milk tastes better than pasteurized milk, there are serious health hazards associated with raw milk. You may have heard that your body finds it easier to digest and that it is more nutritious, but it could contain very high bacteria levels.

Some of these bacteria (especially E. coli and Listeria) can make you profoundly ill and lead to death in some cases. Consequently, the CDC staunchly opposes the consumption of raw milk.

2. You’ll be deficient in calcium if you don’t have cow’s milk.

While cow’s milk does contain calcium, you’ll also be fine if you choose not to drink milk. You can get plenty of calcium from nuts, bread and leafy green vegetables like spinach, kale and broccoli.

Further, some common meat substitutes (especially tofu) provide you with a decent amount. As a result, people who exclude cow’s milk from their diet for ethical or nutritional reasons are still more than capable of getting their recommended daily calcium intake.

Many people persist in believing that cow’s milk is linked to asthma symptoms and mucus production, even though studies have repeatedly shown the opposite. As it stands, there is no credible research proving that drinking milk increases the amount of mucus produced in the throat or respiratory tract.

Also, there is no substantive support for claiming that cow’s milk promotes coughing or nasal congestion.

There is no apparent health reason to choose organic milk over non-organic milk. For one thing, the nutritional contents should be identical. More importantly, you don’t need to worry about ingesting growth hormone from non-organic dairy.

When children with hormonal deficiencies need extra growth hormone, they have to receive shots because the hormone is destroyed by stomach acid if ingested by mouth. As a result, even if you did have milk containing growth hormone, it’s implausible that the hormone would have any influence on you.

If you do choose to drink cow’s milk, don’t do so under the assumption that you’re doing a cow a favour by drinking her milk. Cows only produce milk if they have had calves requiring sustenance, so if a cow hasn’t been impregnated, she does not need to be milked.

Also, there is some evidence that it is cruel to inseminate cows to encourage continual milk production artificially. Individual views vary on this topic, and your stance will depend on your ideas about the moral status of non-human animals.

6. It is dangerous to give cow’s milk to a child who has a fever.

Some versions of this myth claim that milk curdles in the stomach of a feverish child. However, it is lovely to give milk to an ill child, provided vomiting isn’t a symptom. Indeed, it can be easier to get your child to sip from a glass of milk than to eat a full meal during an illness, and milk can offer a helpful energy boost.

Although cow’s milk provides you with calcium and calcium promotes strong bones, there is some worrying evidence that cow’s milk may play a role in some musculoskeletal problems. In particular, some studies suggest that cow’s milk depletes calcium from the bones, which leads to an increased risk of osteoporosis and fractures.

Possibly because calcium in supplements is linked to an increased likelihood of suffering from kidney stones, it is commonly thought that drinking cow’s milk carries the same risk. However, this rumour has been disproved several times over.

For example, a team of scientists at Washington State University found that study participants who replaced their regular apple juice consumption with milk were no more likely to develop kidney stones.

One large study of women found that consuming three or more daily servings of dairy was associated with a lower likelihood of kidney stone formation.

In sum, it’s vital to carefully evaluate all the claims you hear about cow’s milk. There are compelling reasons why it is healthy, but some equally effective reasons to be somewhat sceptical about the widespread view that cow’s milk is essential for good health.

What Does Smh Mean?

admin - July 29, 2021 0
Forged flanges are generally used as connections between pipes, valves, pumps, and other plumbing equipment to complete the pipework at a place. Forged flanges are...

Is Being A Business Analyst A Good Start For My Career?

Why a Thigh Gap is Unrealistic and Unhealthy

7 Boundaries That Need to Be Maintained With Your Therapist

How To Make A Memorable Christmas Themed Wedding?