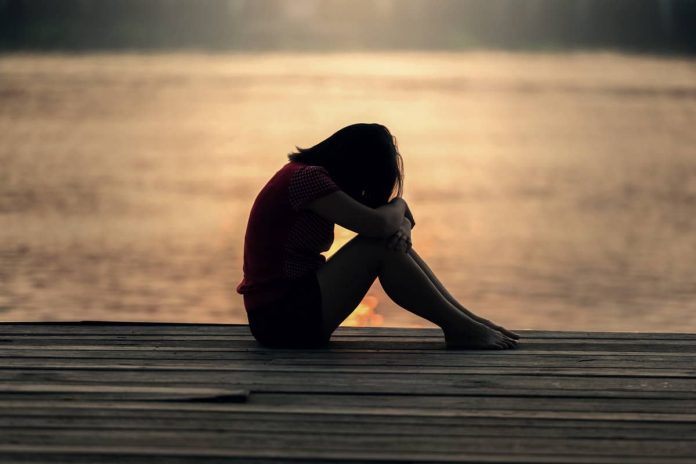 When a teen or loved one starts making statements to the effect of “I’m so lonely,” “why am I depressed,” or “the world doesn’t give a damn about me,” it’s hard not to think that these sort of words are not just melodrama for attention. However, in serious cases of depression, they can often be major gasps for help in an otherwise smothering status of just wanting to shut everything out.

Depression is not a blue day or a bad spit of experiences that all people normally go through at one time or another. Life is far from perfect, and there will be downtimes or challenges, even outright hard days where it was probably better to stay in bed or stay home. But in the high majority of average situations, these incidents are short-lived. Not so with depression.

An event can trigger the condition, or it just comes on without any particular warning or notice. It can stay for weeks and months without improvement or any sign of anything registering as things getter better. As a result, depression for those nearby or witnesses can be extremely frustrating, even illogical; it doesn’t seem to follow the normal formula of a bad dip or a challenge that either gets overcome, overcome or goes away.

Technically, any answer to what depression is gets into the world of psychology because it is a mood disorder. Depression causes ongoing feelings of being sad, listlessness, and an entire loss of interest in doing anything, even activities that normally would have been a patient’s favorite during normal times. Even daily activities can seem like mountains to someone with depression.

It’s also very common for a patient to feel deep thoughts of worthlessness and not be of value to anyone or anything, despite what those around may say or explain otherwise. The brain goes into a mental block that shuts the world and spins in a negative circle without any break or release from feeling miserable.

No surprise, those who suffer from depression often lock themselves up in their rooms to get away from everything. Even those trying to help or improve the situation can seem irritating to depressed.

Again, patients don’t “snap out” of depression. It’s often the case that depression can be recurring and can get worse over time, so long-term treatment is often necessary. In some cases, depression only happens during a singular phase of life. In other cases, depression comes and goes at every stage of life without patterns.

Those suffering from depression often share similar symptoms that distinguish the condition from other mental disorders. The symptoms can be daily or sporadic, and they are often recurring. These can include:

Depression comes in different types and intensities, so it’s quite possible to have a patient with a mild case of depression and another case with a very intense condition that borders on self-harm.

As a result, the psychology world has categorized the different types of the disorder to better identify them for diagnosis and treatment. These are called specifiers because the depression observed in a patient is consistent with a depression type that has certain features. These include:

When Depression is Serious Enough for Attention

A depression mood disorder is always serious enough to seek medical attention because it can become far more serious. However, people often don’t recognize what depression is early on. Subsequently, an early form of depression can manifest and become stronger before attention and diagnosis identify it.

If untreated altogether, a serious depression disorder can cause mental and physical health problems and an inability to function socially. Suicide is a major risk as well.

In any situation where someone is even talking about suicide or playing with the concept, medical help needs to be brought in quickly and immediately. That can be through help from a loved one, a friend, a suicide hotline or more. In the U.S., for example, depression patients and family and friends can call the National Suicide Prevention Lifeline at 800-273-TALK (800-273-8255) to get trained help. There are even specifically trained counselors for war veterans who are often repeatedly vulnerable to depression based on their conflict experience.

Depression can affect anyone at any time. There are patients in their teens as well as their senior years. The condition does not discriminate based on color, background, religion, age or gender. However, while there may be arguments that women tend to represent more cases, that may very well be because women are culturally able to seek help more often.

Men are expected to keep their weaknesses hidden, and they often bury their depression in alcoholism, addictive behavior or drugs. Again, there is no distinct case pattern for prediction, but some common triggers appear frequently. These include:

When someone says, “I am depressed,” Who should not ignore it. The mental disorder is extremely serious and should not be ignored. Many depressing quotes in history have romanticized the condition, but there is nothing romantic about suffering from depression. Help, support, medical attention and ongoing treatment can help break the cycle and downward spiral that depression is famous for.

Is Air Conditioning Bad for Your Health?

Types Of Fatigue, Symptoms, And Treatments

Wonder Food for Ears to Boost Your Hearing Health

Wellness Is Important For Millenials: Here’s Why

Health Tips For The Upcoming Season

Dealing with those Tough Stress Disorders

7 Health Benefits Of Vitamin C, It Is Good For Your...

Aerobic vs Anaerobic Exercise: Conquer Your Fitness Goals with the Right...

Remove Dandruff without Washing Your Hair

Wellness Is Important For Millenials: Here’s Why