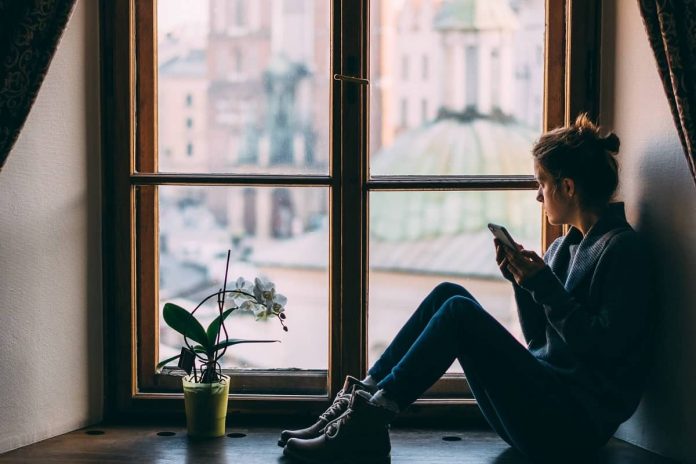 The sad, slightly ridiculous case of former U.S. Representative Anthony Weiner (D-NY) almost perfectly highlights the issues of Sexting with people to whom you are not married. He left the U.S. House of Representatives in 2011 after being caught up in a sexting scandal. Eventually, Weiner was forced to admit that he had sent the explicit tweets.

No matter how strenuously Weiner denies cheating on his wife,  the fact remains that he did send explicit photos of his genitals to women he was not married to . According to Dr. Jamie Turndorf, virtual flings are just as serious as physical flings because virtual flirtation  can become a physical affair .

In looking at the question, “Is sexting cheating,” the partner unaware that their spouse is conducting an emotional affair is being cheated on. The cheater is aware that they are stepping outside the boundaries of their marriage and cheating on their spouse, even if only emotionally or virtually.

Why does this happen?  Spouses drift apart. Over time, one partner becomes dissatisfied with the state of their marriage and finds a partner willing to participate in some form of an affair. The other spouse is just as aware that something is wrong but, to protect themselves,  refuses to act  on that intuitive knowledge.

Weiner strayed twice, showing that he wasn’t serious about addressing the causes of his first known instance of sexting behavior. This may be more of an indicator of his true character than the state of his marriage – Abedin has likely been reassessing the state of her relationship and marriage to her husband.

Effect of Sexting on Marriage Relationship

According to the Huffington Post, in couples where Sexting is an issue, the offended spouse may suspect their spouse has  already strayed . They may witness incidents that tell them their instincts are correct. Perhaps, during a social occasion, the offended spouse catches the straying spouse interacting too intimately with someone else.

It’s interesting to see that the straying spouse doesn’t believe they have cheated because they haven’t physically had sex with the other person. As these couples confront their relationship in therapy, they may be asked to answer this question: “Is sexting cheating?”

The straying spouse may stray because they are thinking, I love Sexting as they pursue their behavior. This behavior is forbidden within the marriage – therefore, it’s fun and tempting. Men may believe that they aren’t hurting them as long as their spouses don’t find out.

U.S. Statistics on Sexting and Infidelity

The Huffington Post referred to a Pew Research Center poll conducted in 2013. In this poll,  9 percent of men and women who own a cellphone have sexted someone else .

Twenty percent of men and women who own a cellphone admit to having received a text message. In addition, younger couples in committed relationships are more likely to engage in Sexting. In comparison, couples older than 25 are less likely to do so –  44 percent for younger couples  than 22 percent for older couples.

Looking again at the question, “Is sexting cheating,” women sext because they are not getting something from their husbands – they need confirmation that they are sexually attractive. They want to know that they are interesting to someone, even if that man isn’t their spouse.

Sexting can be called by another name: cyber infidelity.  Those involved in a sexting relationship break the boundaries of their marital relationships by  engaging in a virtual sexual relationship with another man or woman , according to Anik Ferron, a psychotherapist practicing in Quebec, Canada.

Because something is missing in the couple’s emotional relationship, one spouse may fill that void with a virtual relationship with another person.

Whether Sexting can be defined as cheating is still an open question in some minds. In others, it’s clear that Sexting is cheating. So who engages in cyber infidelity?

If you are beginning to wonder whether your spouse is involved in a secret cyber relationship, you need to know what the signs are:

How Sexting Can Hurt a Marriage

Sexting isn’t an innocent or harmless activity. It hurts the spouses of those taking part in the activity:

Is sexting cheating? Yes, it is. The innocent spouse begins to wonder why they can’t make their spouse happy. Communication begins to suffer. The spouse’s self-confidence takes a nosedive. They may become depressed.

This means Sexting isn’t a harmless, innocent pastime. The sexting partner puts their time, effort and emotions into a relationship with someone, not their spouse. Over time, the feelings and activity may become addictive, writes DNA India.

Eventually, the emotional investment in the sexting relationship draws time, energy and attention away from the spouse. Most of all, Sexting may be a precursor to actual physical infidelity.

“But it’s only sending pictures! I’m not cheating!” Men and women who have discovered their spouses are sexting someone else may hear this response. They know, in their guts, that they feel cheated on.

According to the Ars Technica website, these men and women aren’t wrong because  one predictor of future physical infidelity  is Sexting and cybersex.

The new law is intended for people who widely publish intimate images for retaliation. It is also intended to prosecute those who send intimate photos from one cellphone to another. The Crown Prosecution Service is taking action to deter those who would humiliate former sex or romantic partners.

TOP of the Best Wicket Keepers in IPL

7 Early Signs Of Sexual Harassment At Work And What You...