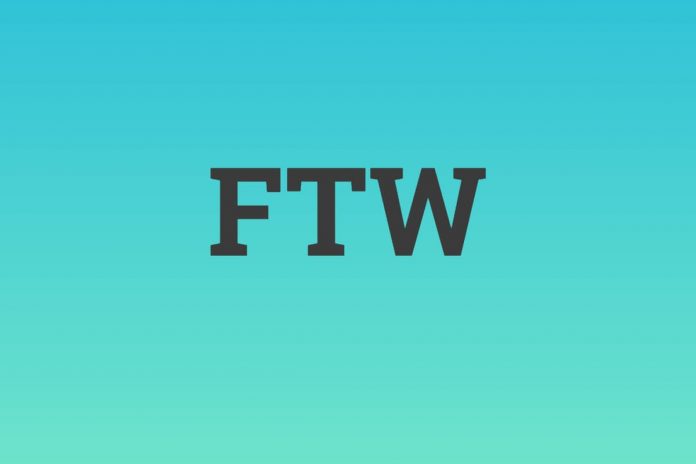 For many people, there are so many acronyms out there that it could drive those people up the wall trying to figure out what they all mean. Tbh, lml, iso, brb, lol, imo, rofl, smh, yolo, there’s just so many! How can anyone possibly keep up? Well, while you may not be able to learn it all in a single day, it is at least possible to make some progress with education.

The common-sense answer to this question is that we have been using acronyms for ages and ages. The better answer is that acronyms in this vein gained traction in the ’90s when the Internet began to reach widespread use.

Acronyms like “lol” (laughing out loud) and “brb” (be right back) were ubiquitous, mainly because they were common expressions one would say that are a lot easier to convey when minimized to only a few characters.

It wasn’t just acronyms on the Internet, mind you. Another way to convey information with a heightened sense of brevity was to use emoticons, which could convey emotions like happiness [ ], sadness [ ], anger [ >:( ], silliness [ 😛 ], and other emotions.

What does ftw mean?

In particular, ftw means “for the win.” The phrase was created as a mirror of the acronym “wtf,” which stands for “what the fuck.” While it is not an opposite meaning, the ftw acronym was created as a humorous observation. The phrase is typically used to convey excitement for something likeable or praise someone’s achievement.

It’s easy to discuss the literal meaning, but it’s also kind of unfulfilling. You can glean more information from a deeper meaning of words and acronyms than the literal stuff. And make no mistake – ftw does have a deeper meaning. Not necessarily deep, but there’s undoubtedly depth to be found! So, what does ftw mean? I think it means that we are increasingly becoming interested in compartmentalizing our messages.

Where we may have in the past wrote out a few sentences to convey how happy we were about some great success that befell us or those around us, we now use simple phrases to accomplish that. Some may argue that this is a much less unique method by which to convey how you feel.

There’s certainly a fair argument to be made there. However, I don’t think that the younger generation would feel the same way about that despite all of that. For example, if ftw indeed were considered a less personable way to convey to others how proud a person is of their success, would people even use it anymore?

Ftw – a more positive message than others

Now that we’ve gathered the meaning of ftw, we can look at the intent. The Internet can be a pokey place; the text is typically a positive application, rather than the typical acronym or saying. They are all almost universally used to demean, tease, or bully their targets. Great examples of acronyms with that kind of effect include Yolo – standing for you only live once – and smh – standing for shaking my head.

Yolo’s use can be harmful because it can often encourage bad or otherwise foolhardy behaviour and is so rarely used positively. Smh is more predominantly used to demean rather than to corrupt like yolo. Smh is typically used to suggest that an accomplishment or statement is foolish or otherwise harmful.

On the other hand, though, ftw kind of means the opposite. Generally, people use this acronym to boost rather than to demean. For example, a situation that Who could use it in is if someone achieved a high score in a video game or overcame an otherwise tricky challenge.

You can even see it being used in more severe accomplishments, like a promotion or something of that nature. While Who can rarely use it to be harmful, it is typically never used like that unless it’s being used in a very sarcastic manner.

Widespread use on modern services, such as Texting and Twitter

The ftw text meaning started sparking into use later in life, rather than how Who created other acronyms earlier (such as lol). The question of “what does ftw mean in texting” certainly applies here – much in the same way that Internet users use acronyms to shorten their comments, so do texters.

While the limits generally vary, you may find yourself with more to say than you can in a single text message since texts are not accessible for everyone.

Even more so, trifle-some is trying to figure out how to convey your thoughts using Twitter. As you may or may not be aware, Twitter famously features a 140 character limit for its posts, requiring that you master the art of minimizing words to convey your thoughts better. It requires a careful balance – while you don’t want to cut out thoughts to maintain the professional feel of a post, it can be equally dreadful to do the opposite.

If you thought that sounded not easy, making a popular tweet requires an advanced level of categorization using sorting tools called hashtags. For example, if you compose a tweet about your opinions about Rick Perry, you should add the text #rickperry to your tweet. If you have a tweet to make about your latest and greatest attempt at cooking a fresh loaf of bread, you might want to take it with #bread or #cooking.

Texting, tweeting, and Internet forum use aren’t the only places you can find people using this acronym. Even in a society where it is much easier to convey a message using total words, people will often still use acronyms to convey it anyway.

This happens quite a bit – where people will either spell out “ftw” or will say the full version “for the win.” This isn’t nearly as common as specific acronyms and phrases, mind you – look around and listen to the dialogue between millennials, and you may find that yolo gets used quite a bit.

Now that you have learned a bit more about how ftw meaning slang and other acronyms and slang work, hopefully now you can avoid ever having to ask the question of “what is ftw mean?”

You may not be entire to the level where you can respond to something a kid says with a hearty “ftw!” – at least not always appropriately – but I’m sure that with practice and education, you can communicate with this generation comfortably, rolling with the best of them. When you want to succeed, always make sure you do it for the win!

11 Clever Uses for Vodka (Besides Cocktails)

We Spread New Technology Around The Region

From Road Rage to Natural Disasters: How to Handle Life like...