Home News TOP of the Best Wicket Keepers in IPL 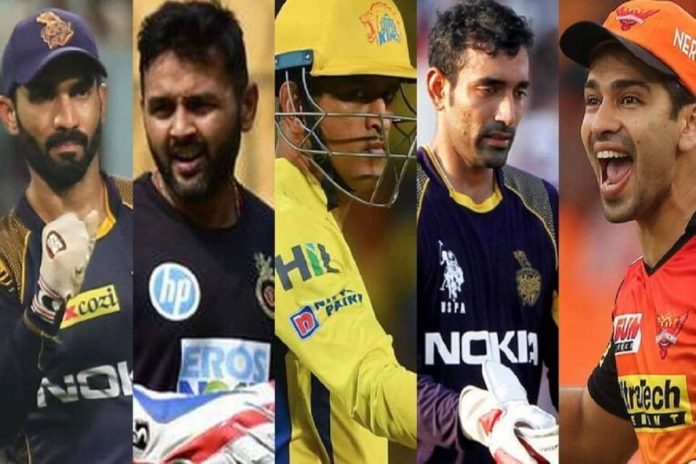 One of the most important role in cricket is the wicket keeper. He is the player who is vigilant of the batsman while being in position behind the wicket. He looks for the opportunity to catch the ball and stump out or run out the batsman.  The best wicket keepers in IPL are discussed and listed below.

MS Dhoni is the best keeper in IPL he is also the only man to emerge victorious with all the ICC trophies during his captaincy. He has proved himself to be the best wicketkeeper in IPL through his performance. He is easily among the most successful players in the world. He is the main aim to participate in IPL cricket betting online because there are 148 dismissals to his name which include 39 stumpings and 109 catches.

Dinesh Karthik is one of the most dangerous wicket keeper in IPL. Cricketer has played 300 T20 matches which makes him the 4th Indian player to do so. This also makes him one of the most successful players in the world. He has been with the Kolkata Knight Riders as their captain. From 152 games he has gained 106 dismissals consisting of 26 stumpings and 80 catches.

Quinton de Kock is a South African cricket team player. He has been known to play at all formats such as IPL, international and domestic. There are 58 dismissals to his names that include 12 stumpings and 46 catches.

Wriddhiman Saha has been a part of the international Indian cricket team. He has been the first player to make a 100 score in the final match of IPL. His 77 dismissals consist of 20 stumpings and 57 catches that made him top wicket keeper in IPL.

He has scored a total of 2,322 run in IPL. His strike rate is 117.21. He has played 119 matches while representing six IPL teams throughout the seasons. There are 71 dismissals allotted to him. These dismissals include 14 stumpings and 57 catches that makes him India best wicket keeper.

Who is the Best Wicket Keeper in IPL History?

In the history of Indian Premier League, it is best to say that MS Dhoni is the best wicket keeper of all time. His record speaks for himself. He had led teams to victory under his captaincy.  He has a record of 4,432 runs in the entire championship. He strategizes keeping a sure win his mind and guides his team towards the IPL trophies.

admin - May 24, 2022 0
Switzerland is a mountainous country with stunning views. It is also one place where the consumption of chocolate is more than that of any...

7 Ways to Use Blogging to Improve Your Life

Is Air Conditioning Bad for Your Health?

7 Early Signs Of Sexual Harassment At Work And What You...