Home News Trolling – The Good, the Bad and the Ugly Comments Feed 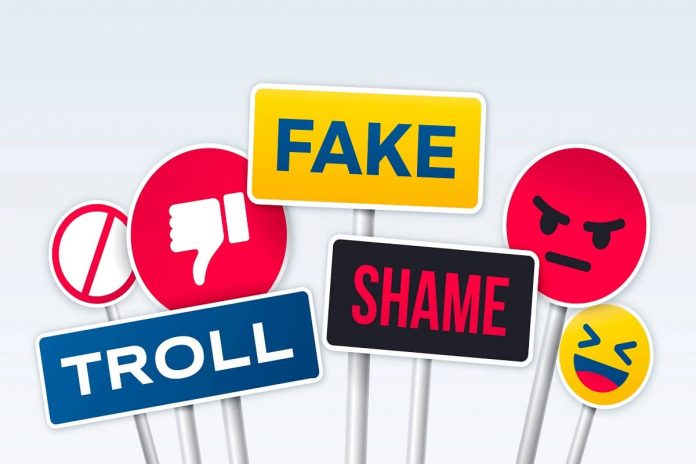 We hear the term a lot. While the word used to mean some imaginary creature living under a bridge waiting to steal a billy goat, in 2014, the term  troll carries an entirely different meaning.

On a large scale, trolling is no longer a pleasant topic. It can be an evolution of bullying. While bullying used to begin and end at school, or other social events, trolling has allowed bullying to target people at home and to attack them in what used to be their sanctuary.

The best way to combat trolling? Know how to identify one. Once you’ve accomplished, you can strip a troll of its purpose, and therefore its power.

What is a Troll?

A troll is someone who posts inflammatory, incendiary messages, usually void of any substance, in an online community, such as an online discussion forum, chat room, or  blog , with the sole intent of provoking other users into an  emotional  response.

After reading that definition, you may think that trolling isn’t the issue, as perhaps your child isn’t involved in an online discussion forum, chat room, or blog; however, trolling can extend to a much wider variety of venues. Here are some additional platforms where someone can experience trolling:

We must recognize trolling is not just relegated to message forums and chat rooms; it can happen anywhere we’re interacting with others online. Furthermore, there are some cases where trolling can occur without any interaction at all.

What is a Meme?

A meme is just anything that identifies ideas or beliefs that are transmitted from one person or group of people to another.
Sounds harmless, right?

Unfortunately, what started as a passive way to poke fun at silly things we do has transformed into a cruel way to ridicule people on a massive scale. Trolls have started using real photographs of normal people and using these photos for unintended purposes.

For example, people will scrape (take, copy) photos from social media platforms such as MySpace or Facebook, photos uploaded by people, their friends, or family, and use them to create offensive internet sensations.

These photos have featured anything from a male wearing a backward hat, whose appearance has created the meme “Scumbag Steve,” to pictures of a young girl making a silly face, which the internet has morphed into an offensive poke at down syndrome, via the “Ermahgerd Girl.”

Both memes feature real people, people who will now forever be linked to their internet memes.

The pictures will always feature a message, normally in bold white letters, that says something about someone that might relate to what is being illustrated in the picture.
It’s important to recognize that not all memes are offensive, and there are plenty of silly memes meant to poke light-hearted fun at trivial topics. But be aware of the impact that other memes meant to specifically target others can have.

We’ve already discussed the places you can find trolling online, but you have to know how to identify trolling so that you or your children do not mistakenly fall victim to its efforts.

An internet troll is the easiest to identify. This troll will post an incendiary comment from a screen name that leaves this person anonymous. Recognize that people can and will be ruthless under the mask of anonymity.

If you find a screen name that you are unfamiliar with responding to your or your children online, and it comes off as offensive or void of any substance about the topic, it is best to not respond. If there is an administrator identified on the site, notify this administrator. A lot of sites are stepping up their efforts to reduce harmful trolling.

As are the authorities, as demonstrated in this BBC article. Aggressive trolling can be a criminal offense.

If you’re unfamiliar with Omegle, it is a site where users log in and video chat with random strangers. This is probably not the best site for your children to be on anyway, as there are endless amounts of things people can encounter on this site.
Omegle trolling can be visually shocking and often crude.

Because Omegle features video chat, the trolling can be much serious, sometimes displaying sexually explicit images. If you’re going to participate in Omegle, the experience will not always be a bad one. There are plenty of people using the service as intended to meet random people and have conversations.

But because of the versatility of video chat and the anonymity of the users, this is quintessential ground for offensive trolling.

A healthy amount of this content has warned you of the severity of trolling, how targeted or random it can be, and how hateful or offensive it can become. That doesn’t necessarily mean that all trolls are bad.

There are funny cartoons, such as “troll dad” or the “troll face,” that are mere comic strips. If you encounter these, you’ll see they are far less serious. Internet users have created many often humorous comic strips that illustrate the troll in comedic fashion.

These can range from numerous topics, so if you or your child happen to encounter one, know that this is far from those mentioned above targeted, hurtful trolling, and there is little to no malicious intent.

Trolling encompasses various topics, including internet trolling, memes, or harmful comments on social media platforms. You mustn’t engage a troll, as the goal of trolling is to frustrate a person and entice an emotional response.

Just remember: do not respond. And report the troll to a site administrator, if there is one. The goal of a troll is to not only be offensive but to entice a response. When they aren’t awarded a response, they often move on to the next unsuspecting person, who might, unfortunately, give them exactly what they want.

Uses And Applications Of A Transformer