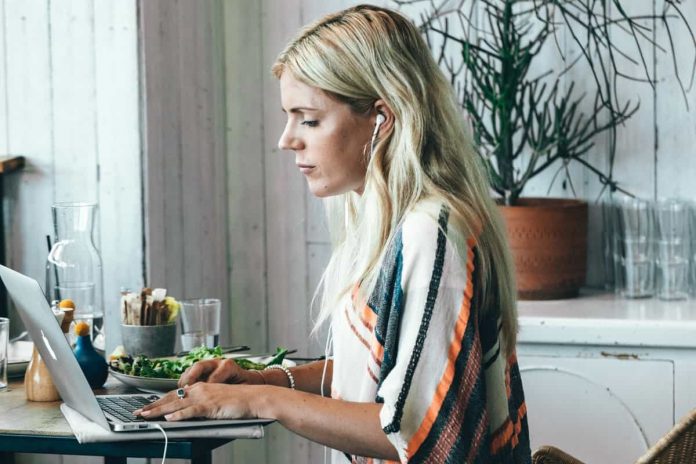 When I had one of my websites redesigned last year, I asked a fellow freelancer if she would be willing to give me the name of her designer.

I knew, from looking at that freelancer’s website, that I LOVED the designers work, and I was sure she’d be able to match the aesthetic I needed.

So I got in touch and told her what I was looking for. She sent back some great ideas, and then quoted me a price.

I couldn’t believe it: only $200! For a full website design, plus logo and header banner. I had been expecting to pay quite a bit more than that, but I certainly wasn’t going to argue with such a great price. Given what I’d seen of the quality of her work, it was a steal. 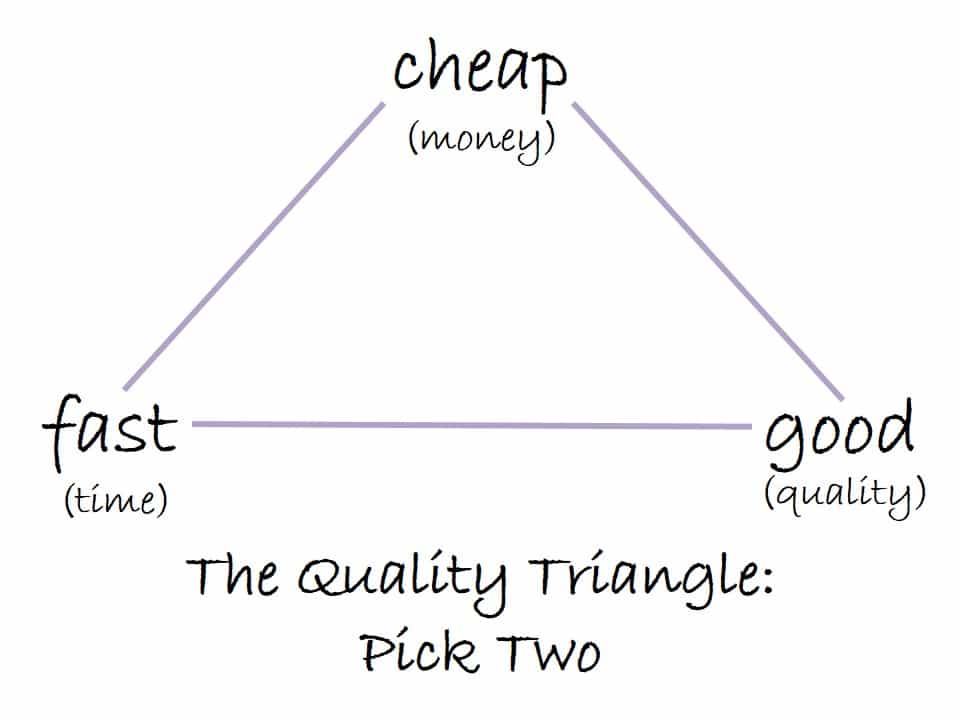 Fast forward three months, and I was still waiting for things to wrap up. But I loved the design she’d come up with, so I didn’t want to switch designers in the middle of the process.

When it was finally done, I loved the way it looked. So I somehow blocked out all the frustration and difficulty the process had involved, and I asked her if she would design a similar, customizable template that I could buy from her and use on other sites. When she quoted me a price of only $35, I was sure I was making the right choice.

Fast forward another three months, and I still don’t have the template, or a response to any of my last three emails.

WHERE I WENT WRONG

If I had heard of the Quality Triangle six months ago, I never would have gotten myself into such a frustrating mess. So, to make sure you never end up in the same situation, here it is:

The idea behind the Quality Triangle (or Freelance Triangle, as some portions of the Internet have taken to calling it) is simple:

When you are paying for someone else to do a job, you cannot have all three.

You can have good and fast, but it won’t be cheap.

You can have fast and cheap, but it won’t be good.

You can have cheap and good, but it won’t be fast.

This is important, not just when you’re buying services, but when you’re selling them too. Because as a freelancer, if a client gets all three points of the triangle from you… well, you’re the one losing out.

It’s also great to keep it in mind when someone asks about your pricing. Quality costs money. So does speed. And they should, because those are investments on your part. (And as I’ve said before, your good work is worth far, far more than $5.)

I’m glad I learned my lesson in such a relatively low-impact way because, let’s be honest, I could have ended up in a much stickier situation.

SO WHICH TWO ARE YOU – GOOD, FAST, OR CHEAP?

WHICH DO YOU THINK MAKES FOR THE MOST SUCCESSFUL FREELANCE COMBINATION?

Important Things To Know Before You Choose Packaging Machinery

Types of Wine Pumps For The Transport Of Wine And Grapes

Safe Ways For a Tattoo Removal

How to Prevent Household Drain Clogs

How to Unclog a Garbage Disposal

How To Use Colors To Influence Your Mood

How to Set Up Your Projector to Deliver Maximum Impact in...