Home News What Does MIA Mean 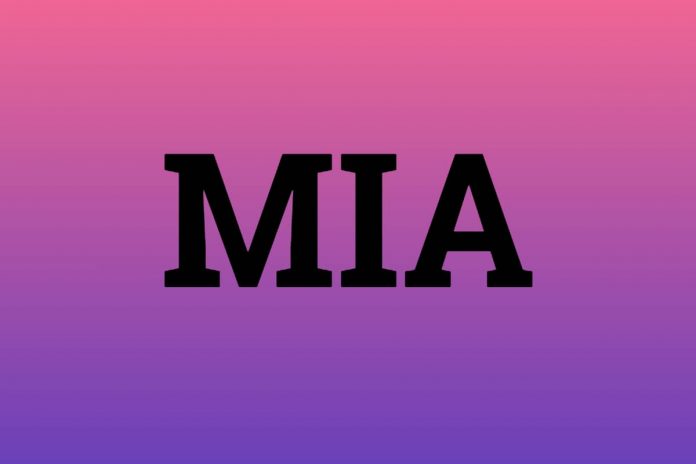 Whether you were reading a news article online or seeing references in a movie somewhere, chances are you have heard the initials MIA together before. However, unless you have some prior knowledge, you might wonder what does MIA means? Well, unless you are talking about the Massachusetts Institute of Art or other variation, more likely than not, it means missing in action.

Traditionally, the MIA definition of missing in action is about an armed forces member who has gone unaccountable while serving in an active military campaign. To truly understand the meaning of MIA, you need to have a bit of history on the topic and how it has come to mean what it does mean.

First, it is important to understand that MIA is different from AWOL. This is another military term that means absent without leave. Essentially, it means someone left their post or is unaccounted for on the base. This person is not necessarily in a combat situation, but they leave, for whatever reason.

On the other hand, missing in action is a casualty classification in the armed forces that only takes place during wartime. The soldier might be killed, wounded, a prisoner of war, or they might have deserted. Essentially, nobody knows what exactly happened to the individual. There are still many soldiers who were considered MIA during previous wars, such as World War I or World War II, simply because nobody ever positively identified their bodies.

When asking what does MIA means in texting, it means someone is not accounted for. If a group of friends is out and it is impossible to locate another friend, regardless of how many phone calls or texts are placed, the person is MIA. It has the same general meaning as the MIA meaning in wartime. Over the years, though, militaries from across the globe have tried to at least improve the identification of soldiers in the event they are lost or killed.

Before 1912, soldiers in most countries were not required to wear any identification outside their rank. Due to this, it proves difficult ever to identify the body, especially if some time has passed between death and discovery. During the First World War, the use of ID tags started to become much more universal.

Countries usually made a lightweight material that the nation didn’t need for the wartime effort. However, even during WWI, many of the ID tags were lost, or the tags did not stand up against high heat, so in the event of an explosion or fire, the tag did not survive. By WWII, countries started to use a higher grade of material, helping them survive explosions and other exposure to high temperatures.

The use of ID tags did not completely stop soldiers from being listed as missing in action. In World War II alone, almost 79,000 American soldiers were reported missing in action, representing 19 percent of all the soldiers killed for the United States. Since the end of the Second World War, though, technology has improved to identify bodies and locate missing soldiers.

While soldiers still went MIA, especially during Korea and Vietnam, but since then, soldiers now have their DNA sampled before going into combat, so in the event of an explosion or other high-temperature-related situation, it is possible to identify the individual through analyzing the remains. As interesting information, the military also classifies military animals as missing in action, should the animal come up missing and unaccounted for.

Now, when it comes down to what MIA means in English, it is very important to understand that the term is always going to mean missing in action, but it is often going to mean something different for the people who are using the term.

First off, if an employer uses the term MIA, it probably means that one of the workers is not accounted for and has not shown up for their job yet. Of course, this is likely to lead to a firing, depending on the situation, but it just means the person is not at their desk, not necessarily that they cannot be located.

From here, as it has already been discussed, friends might use the term when describing another friend they cannot locate. This might be for a few hours or a week or two, but chances are, if one of the friends went to their house or called up their work, they could track them down. It is just stating the person is difficult to reach, not that they have gone missing and that it simply is not going to be possible to track them down.

When it comes to what the name MIA means, there are different instances where someone might use the phrase, even though the person is right there. Often, when watching a sporting event, a commentator might say one of the athletes is missing in action, even though they are right there on the television screen and you can see them in front of you.

When the commentator stays this, the athlete is not living up to their expectations or overall ability. So they are disappearing into the game and allowing other team members (or the other team) to take over. This is one of the times where missing in action is more of a put down towards the athlete, but it does not mean that the player is physically missing.

There are many different times where someone might use the phrase missing in action. When this happens, you need to know what it is about to understand the meaning and how they are saying it fully. If it is about a military situation, it is because a soldier or other member of the armed forces is missing, and they cannot find them.

It might be because they have been captured, died, and the body has not been located yet, or many other possibilities. Beyond this, friends might say it about another friend, and the employer might say it about one of the workers, or even someone talking about a sporting event might say it. Ultimately, there are all sorts of different times where someone might use the phrase to describe the situation.

However, it is very important to know that the three letters MIA came from the military, and this is where it started. Many times, a word or phrase comes from the military initially and then moves on from there. All of this is important to consider and look into, so the next time you use it in common speech, you know what it means and where it comes from. This should also help you when using the term correctly.

Uses And Applications Of A Transformer