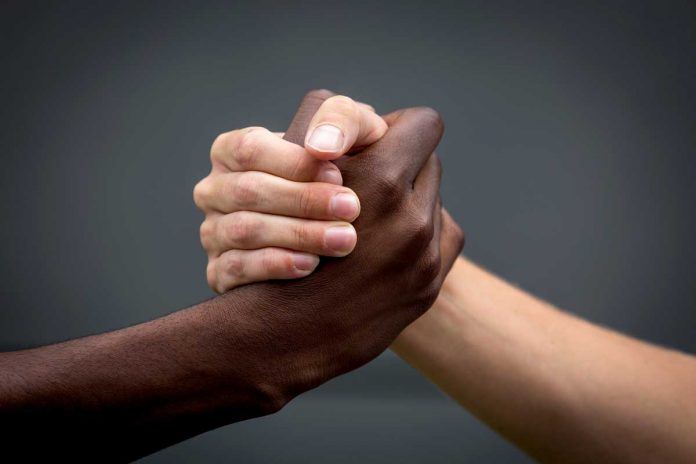 The vast interior of Africa has been a magnet for European exploration teams for years. As intrepid travelers searched for a route to the riches and beauty of the Orient, they began making tentative journeys along the coast. The course was mainly under the control of Italian city-states, and much of it was closed by the Byzantine empire.

Who meant that the countries of Western Europe wanted to join the rush to get spices and rich from China and India. They had first to conquer the continent. In 1487, Bartolomeu Dias, a Portuguese explorer, landed in Namibia.

Two centuries later, many European settlements had been established throughout South Africa. The Dutch founded Cape Town in 1652. For the next 200 years, South Africa’s history was shaped by the interaction between European imperial forces.

By the turn of the 19th-century, the Dutch, known as the Boors, and the English were the predominant European groups entrenched in South Africa, and arrayed against them were the indigenous blacks who lived there long before the Portuguese ship captain Dias ever began his fateful voyage. During this period, racial segregation was practiced on an informal basis.

What does segregation mean? Segregation refers to the separation of two races living in the same country. For instance, whites in the American south practiced a strict segregation policy that reached its zenith following the 1896 Supreme Court case, Plessy v. Ferguson.

The court ruled on the legality of the “separate but equal” doctrine. The Plessy decision was held until its overturning in the 1954 Brown v. Board of Education of Topeka, Kansas.

In South Africa, early legislation sought to limit the movement and settlement of native peoples. In addition to the Native Location Act of 1879 and a stringent system of pass laws, the Natives’ Land Act of 1913 local ownership of land by blacks who only controlled 7% of their native lands, leaving all regional power firmly in the hands of European colonists.

By the end of the Second World War, colonization and imperialism were on their way out as formally subjugated peoples worldwide realized that the heretofore-invincible Europeans were capable of being defeated, as shown by the Japanese successes against the French, Dutch, Australian, and British forces during the war.

While the postwar years saw a retreat from colonialism throughout the world, in South Africa, the control of white colonial elites only tightened in the post-war years. Moving away from the informal segregation that reigned during the British and Dutch colonial period, the National Party elected into office in 1948 moved to codify the separation of the races through legislative enactments known as apartheid.

What is apartheid, and how was apartheid in South Africa practiced? Much like the “separate but equal” doctrine formulated following the Plessy v Ferguson ruling in the United States, blacks in South Africa found themselves systematically shunted off to live in isolation from the white minority population and routinely excluded from the public life and economic opportunities that mineral-rich South Africa could provide.

Blacks found themselves subjected to segregated travel, dining, and housing arrangements throughout the nation as the government forced them into shantytowns on tribal homelands.

The best way to define apartheid is to look at the legislation passed in South Africa to support the segregationist policies the white elite always wanted to pursue. Any apartheid definition must consider the contempt in which the white ruling class held their black neighbors.

The legislation that gave apartheid definition and teeth sought to limit the rights of four-fifths of the population to serve at the behest of the remaining fifth.

As such, the question of what does apartheid mean takes on two different answers depending on which group you survey. An apartheid definition would include access to the most refined living, on par with European capitals’ first-world living conditions for the ruling elite. At the same time, the other group languishes in wretched, crowded shanty towns that lack even the most basic of services like electricity, heat, and plumbing.

Additionally, 1949 legislation outlawed interracial marriages, while the 1950 Immorality Act forbade “unlawful racial intercourse.” Blacks were forbidden to own or operate businesses in the white portions of South Africa and were instead directed to run their businesses in the black townships. Hospitals, schools, buses, and even bus routes were segregated.

From its institutionalization in 1948 to its dismantling at the beginning of the 1990s, apartheid held sway for more than five decades before the rest of the world began applying sanctions against the South African government with calls to divest from all South African holdings until they lifted their onerous apartheid laws.

South African apartheid grew and was maintained against the backdrop of the Cold War that quickly replaced the hot war of World War II. Former allies, the United States and the Soviet Union, found themselves locked in an ideological battle that pitted the resources of the free world against those of the communist world. Resource-rich South Africa quickly gained the attention of each political block.

It would be a mistake to think that the blacks of South Africa responded obsequiously to the legal dictates of apartheid. One group, the African National Congress, led by Nelson Mandela, aligned with the forces of the Soviet Union to help overturn the racist social order in South Africa. By the 1980s, however, public revulsion was turning against the apartheid policies of South Africa as more and more western businesses chose to divest their South African holdings in opposition to apartheid.

International Condemnation and the Ending of Apartheid

For their part, South Africa’s ruling elite understood which way the wind was blowing, and we’re in a search for ways to end apartheid themselves. Demographically speaking, 20% of the white population had fallen to 16%, and those numbers were not showing any reversal. Additionally, while comprising more than 70% of the people, the black sector of the nation lacked the elemental purchasing power to help bolster a stagnating economy.

Towards that end, under the leadership of Prime Minister Pieter Willem Botha, the National Party began instituting reforms with the first known as the Tricameral Parliament, which sought to open up representations to Indian and colored citizens. Each parliament designed laws for their particular racial constituencies, although blacks were still excluded from electoral participation.

In 1989, Botha suffered a heart attack and resigned in February of that year. Botha’s replacement, F.W. de Klerk, moved quickly to dismantle the racist apartheid policies of the previous half a century. In his opening address to the nation, Klerk promised to proceed with enthusiasm to eliminate the discriminatory policies of apartheid.

The Land Act, which barred blacks from owning property, was terminated, and Klerk promised to lift media restrictions and release all political prisoners. The leading prisoner, the man who would serve as South Africa’s first black leader, Nelson Mandela, was set free after 27 years behind bars for his political activities against the apartheid government.

Since the end of apartheid, South Africa’s black has moved into the nation’s middle and upper classes, but high unemployment still plagues much of the country. The Pretoria government is currently working towards redistribution of wealth and increasing economic opportunities that began with the destruction of apartheid two decades ago.

admin - October 15, 2021 0
When we think about aging, our minds immediately conjure up images of wrinkled skin and loose flab, having long lost the youthful suppleness and...

11 Clever Uses for Vodka (Besides Cocktails)

We Make Relocating Easy and Tension-Free